Among the many, many blessings bestowed upon me by my parents is an excellent taste in music. Well, at least by my dad. Sorry, mom, this was really all dad (I have your Culture Club record to prove it).

Anyway, apparently my dad taught me a little too well, because when I was about 4 years old, I was absolutely obsessed with Billy Joel’s Storm Front hit single “We Didn’t Start The Fire.” To totally date myself, I would make them play the cassette tape in the car over, and over, and over again. Or I would cry. A lot. Charming, I know.

Eventually, my dad had enough. He ripped the tape out of the tape deck, threw it out the window, and ran it over with his car. In our driveway. Wait. All this time I’ve been blaming my mom for those years in therapy, but this is probably where the real problems started… But I digress.

From that point on, Billy Joel was a “thing” in my family. His music was something we bonded over, and it brought us together. And, on February 21st, 2018, one of my biggest bucket list dreams was realized when I got to see him live in concert with my parents.

It was everything I hoped for, and I know I will remember it forever. But, of course, being a business owner ruins the way you think about everything. At some point during the concert, my mind started spinning with so many questions. Why is this so fun? How does he get us to give him so much money? How did he build such a huge following?

So, at  Billy Joel concert, the least likely of places, I picked up these 4 business lessons:

Billy opened the show with Miami 2017. (If you haven’t ever heard the song, stop reading and go listen now.) He walked out onto a pitch black stage, started to play the piano, and 15,000 people simultaneously lost their freaking minds. It was incredible. I had goosebumps. Throughout the show, you could feel the excited energy in the room. People were moved and inspired. They were in the moment with Billy but at the same time remembering where they were the first they heard “that” song and what it means to them. There were so many feelings going on.

Frequently in business, I see people tiptoeing around issues, always wanting to stay neutral. While it is important to communicate effectively and choose your words carefully, playing it safe isn’t always the right answer. This concert was a great reminder that if you can make your customers feel something, you can inspire them to do all kinds of things. Like purchase four $150 dollar concert tickets, for example.

Simon Sinek, the author of Start With Why, says that people don’t buy what you do, they buy why you do it. This definitely felt true at the concert. We didn’t actually buy a live music experience. We bought tickets to an exclusive club of people who “get it,” a party with others who love rock and roll and, as I mentioned above,  a feeling.

This was all amplified because it was clear that Billy seriously enjoys his job. No less than 5 times during the show did he say that he had the “best job in the world.” He seemed genuinely happy and honored to be there entertaining us for the night. While I’m sure Billy wasn’t sad about the millions of dollars he made that night, I never felt like we were exchanging money for services. It didn’t feel like he just showed up for work that day. Instead, it really felt like there was nowhere else he would rather have been.

One of the great things about being an entrepreneur is that you get to pick what you do! Yet so often, I talk to people who aren’t really passionate about their business or the work that they do. Maybe you’ve heard some variation on the saying, “If you don’t like where you are, move. You are not a tree.” You need to apply this concept to your career. If you aren't completely pumped up about what you are doing, do something else. It matters because when you love what you do, people will want to be part of it with you.

Billy played a really long set, almost 2 hours. Unsurprisingly he needed to take a short break every so often. He could have scheduled an intermission and played background music. But that is not at all what he did.

Instead, Billy used the opportunity to rest his voice to give one of his roadies, a guy named - wait for it - Chainsaw, the spotlight. Chainsaw absolutely stole the show with his excellent rendition of Axl Rose’s Highway to Hell.

At another point, Billy gave center stage to band member Michael DelGuidice, who sang a beautiful version of Pavarotti's Nessun Dorma. Not to mention the fact that less than 2 years ago, Mike was the lead singer of Bigshot, a Billy Joel tribute band, and now he’s sharing the stage with Billy freaking Joel himself.

Now I was clearly already a pretty huge Billy Joel fan before this concert. Yet somehow, I walked away liking him even more, and I think a big part of that was due to the fact that he used his giant platform to lift up others.

In business, we can get so caught up in getting our own message out there and growing our brand that we miss opportunities to empower and lift up others. But the truth is that one of the many privileges of entrepreneurship is being able to share the stage. When we do this, it draws people, and customers, to our generous and inclusive spirit.

4- Get your audience invested

One of my favorite parts of the evening was when Billy gave the audience the opportunity to pick what song the band would play next. He called it “dealer’s choice” and would give us 2 options from the same CD. It was really fun, and you definitely didn’t want to miss out on participating.

In fact, my bladder was pretty mad at me because I didn’t want to go to the bathroom, lose my chance to vote and risk not hearing one of my favorite songs! This was a genius idea because it kept the audience highly engaged and invested in the performance.

This got me thinking about ways that I can inspire my audience to be engaged and invested in my business. Think about how you can create those “I don’t even want to go to the bathroom because I don’t want to miss the chance to participate” moments with your own audience.

Please tell me I’m not the only one who gets random business inspiration in weird places. Where is the strangest place you’ve ever picked up some business advice or had a great business idea? Leave me a comment below! 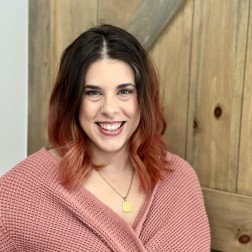 Meet the Author
Kerriann Stout is the founder and CEO of Vinco Prep, LLC that serves clients with 1:1 support for their academic and professional needs. Kerriann is also an Adjunct Professor of Law at several law schools teaching courses on bar prep strategies and legislation and regulation and is an Adjunct Professor of Political Science. She lives, works, and writes in New York. Read more about Kerriann >