Time to talk about the thing that all law students fear before they even step foot in their first class: the dreaded Socratic method. You may have heard about it from a friend that went to law school. You may have been told it’s the worst part of your 1L year. But to overcome our fears of this, the first thing we have to do is understand what it is and why law students despise it so much. Sooooooo…what is it and why use it?

The Socratic method1Also called “cold calling” by the cool kids is a form of dialogue between individuals, based on asking and answering questions to stimulate critical thinking and to draw out ideas. This may differ for each law professor, but it generally involves the professor staying with one student for a short (or long) period of time asking direct and indirect questions about a case they were to read for class that day. A lot of these questions can be open ended and when the professor asks these questions, they may make changes to the facts of the case you are discussing to see how a student’s legal analysis changes based on that variation in facts. The purpose of this type of questioning is to get you to “think like a lawyer.”2A term you will likely here a million times in your 1L year of law school. These questions are meant to help shape your analyzing skills and get you to think on your feet, something you will need to be able to do on a final exam. But these are also questions that the professor may never tell you the answers to or may not even have correct answers. This lack of direction or correct answer is often what leaves students frustrated.

Beyond this initial frustration with the process, the Socratic method is often seen as scary and intimidating to law students. The main reason for this is that it is a way of learning that you have never experienced before. If that’s not enough, you3Only you. No one else. This lonely feeling is part of the scariness too. are also being asked what can be very esoteric questions in front of a classroom full of people that you may not even know yet. Add that to the fact that you are in a new place, learning a lot of very difficult law, and all without much sleep.4This is a common misperception in law school. You can and should find time to sleep. This creates fear in students not because of any internal struggle about their ability to have a discussion with the professor, but because of what others (ie-professors or students) think of them when they are trying to have this discussion.

The most common thing I hear students say is that they are afraid of what other students will think about them if they say “something stupid” and that they are intimidated because all the other students sound so smart when they engage in class discussion. Let’s get something right out in the open, you are not stupid, you do not sound stupid, and no one else cares what you look or sound like when answering questions. Your harshest critic is yourself. In fact, most other students think that YOU are the one who sounds smart answering the questions in class and don’t even notice if you “say the wrong thing” because they are either too fearful of the professor calling on them or so grateful that they did not get called.5By way of example, I was cold called on in Torts once and tried really hard to answer my professor’s questions, but I just couldn’t get my point across. At some point I got really frustrated, at least, I thought I did. So frustrated that after class, I went up to the professor to apologize that I was getting so frustrated when we were having that exchange. I’ll never forget the wise words he gave me next. He looked at me in the eyes and said, “Are you in this class?” That’s right. Not only was it not nearly as bad as it was when I replayed it in my head all during class, it was so insignificant that the professor didn’t even remember talking to me. I would also go on to find out from my friends in the class that I appeared cool, calm, and collected. Moral of the story: It is never as bad as it seems in the moment and in your own head.

Finally, most students’ fears are exacerbate because there are still some professors that really rely on the Socratic method. So much so that the entire class is based on questions and answers. The professor may even stay with one person THE ENTIRE CLASS! While you may never get a full understanding of the case you discuss in each class, I assure you that even these professors have a reason for asking the questions that they ask. And even these professors are trying to make you “think like a lawyer.” But that doesn’t make it any less scary.

Now you know the reasons the Socratic Method can be scary. But it does not have to always be scary. In my next post we will discuss ways to make it LESS scary and even beneficial to your law school experience. 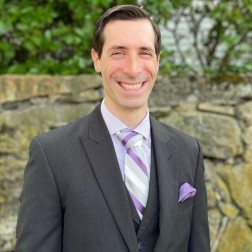 Meet the Author
Stephen Iannacone is Director of Academic Success at Cardozo School of Law and a Bar Exam Coach at Vinco. Prior to joining Cardozo School of Law, Stephen was a trial attorney at the law firm of Spiegel & Barbato, LLP. He specialized in civil litigation in all New York venues and argued several appeals in the First Department. He was also an adjunct professor at Pace Law School where he taught classes to third-year students preparing for the Bar Exam as well as classes to second-year students focusing on legal writing and analysis. Read more about Stephen >