A long time ago, in a galaxy far far away, I was lucky enough to be chosen to attend the Harvard Kennedy School of Government’s program for Senior Executives in State and Local Government.  It was a three-week school that brought together folks from across the country to learn about different challenges faced by state and local government agencies, some techniques for addressing them and perhaps most importantly, meeting people who do what you do and getting a network of resources for feedback and support.

The school uses the Socratic method of teaching whereby they give you case studies and some random questions and then expect the class to discuss solutions or what the key learning outcomes of the study was.  One of my favorites is called Gunfire at Sea.  The story revolves around the discovery of continuous aim cannon firing on British and US Naval warships in the 1800’s.  Sailing ships.

But what it really is about, is the resistance of institutions to change, even in the face of overwhelming data.  Some things really never change!  Navies, by design, are highly structured hierarchical organizations.  Someone once said that the US Navy was designed by geniuses to be run by idiots!  Not real flexible of the mind.

Well back in those days, cannons were bolted to the deck and the “hit” ratio was in the less than 20% range.  An officer saw some sailors one day messing around with one of the cannons by putting a gear and a lever on the base so that he could maneuver the cannon to compensate for the movement of the ship.

As he watched, during target practice, he saw that the “hit” ratio was well over 75%.  So he took this idea and ran it up the chain of command.  The resistance was fierce.  Why?  Because the whole culture of the Navy was built around the skill of the person who could steer the ship.  He was the one who got the ship into the spot where they could fire against an enemy and get that 20% efficiency.  Without him, it would be zero.  So those are the people who got promoted, got more money, better housing, more glory.  Now, it could be the guy who could shoot better!

All the “managers” were boat steerers, this was a major disruption to the status quo.  This was people losing their jobs, their self-identity, their purpose in the “company.”

It took years, but eventually the Navy adopted the new firing mechanisms and training because, the real mission is to win the battles.  But the lesson we all took away from that story, and it is hard to read as it is written in the language common to the pre-civil war Navy, is that organizations resist change.  Absent both an outside stimulus, but even more key, a champion for the change, they just will not adapt on their own.

History is littered with companies who didn’t see it coming.  Blockbuster comes to mind.  So I guess the question for you is, what are you?  A resistor or a change agent?  Open minded or “not invented here” so it can’t be right kind of person.

Culture of where you work matters.  Make sure where you chose to work, that culture matters to you.

See you next month! 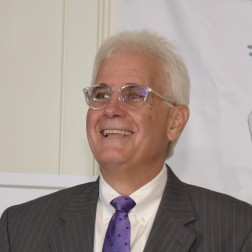